skip to main | skip to sidebar

Somehow, Facebook decided that I have become a Spammer. I don't understand - they won't explain. It has something to do with my efforts to contact friends of Virginia Tech students in the wake of the shooting there in the spring, a story I was reporting for People magazine. I've been through several layers of making complaints, all with no result. I finally, in desperation, wrote to the founder of the company some weeks ago. No answer so far.

At first I was really pissed off, because no other website has had any problem with the way I and other reporters operate. But then I cooled off and began to wonder if it might not be kinda cool to be one of the few people banned for life from Facebook. I haven't really decided. Perhaps I should take an informal survey: is it Cool? Or should I fight to the death?

I find myself in an intensely frustrating situation with Facebook and it is a last resort that I write to you.

I am, and have been for many years, a freelance reporter for People and Time magazines. I am a 17 year veteran journalist. In recent years, as have many other journalists, I have made use of social networking sites – including yours – to contact sources on stories. At no time have I had difficulty with any of these networking sites or received complaints about my activities.

In the course of reporting on the shootings at Virginia Tech last month, I had occasion to contact a considerable number of Tech students and friends of the victims by way of Facebook and other sites. As is usual in a case like this, the majority of those people ignore my inquiry and I made no effort to persist. One person rejected my inquiry with a profanity. But the remainder, easily more than a dozen, responded. I interviewed many of them and I responded with thanks for those that said they preferred not to be interviewed. At no time was my approach to these people rude, obtrusive or harassing. If you review the communications, you will find that I was unfailing polite and respectful, as has been my habit in sensitive crime cases throughout my career.

And yet on May 3, I received a notice that my account had been flagged as having distributed Spam. I appealed immediately, explaining my purpose and behavior in detail. Several days later, however, I discovered that my account had been deleted. I further appealed and had a lengthy discussion with Pam in your appeals department, the contents I will attach. I informed Pam that I had founded a new account after my first one was deleted.

As you will see from my correspondence with Pam and James, I have no desire to act in any way that runs afoul of your rules. It is my invariable purpose to act in good faith – I believe you will see that I was completely transparent and open with Pam and James in this matter. I wanted nothing more than to find out why I had been flagged as a spammer and how I could prevent such a problem in the future.

As a reporter, my inability to have a Facebook account is a serious liability. I have seen no sign that you have engaged in a widespread crackdown on journalists or have forbidden them to use your site. I can only assume this is some sort of misunderstanding, but so far I have been utterly unable to determine how and why I was flagged for having crossed the lines so seriously as to rate a lifetime ban. I want nothing other now than to clear my name and determine how I may use Facebook in good faith and transparency ...

Please help me understand what happened and how I can resolve this matter. I have reached an impasse with any other avenue.

Great story, Sean. You aren't alone, by the way... I wrote about another banned individual here:

Sean Scully
I'm the editor of a small town newspaper and darned pleased to be there. 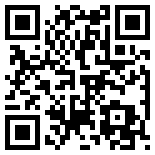